Roscosmos chief Dmitry Rogozin: We are expecting NASA to formally propose that ISS operation be extended 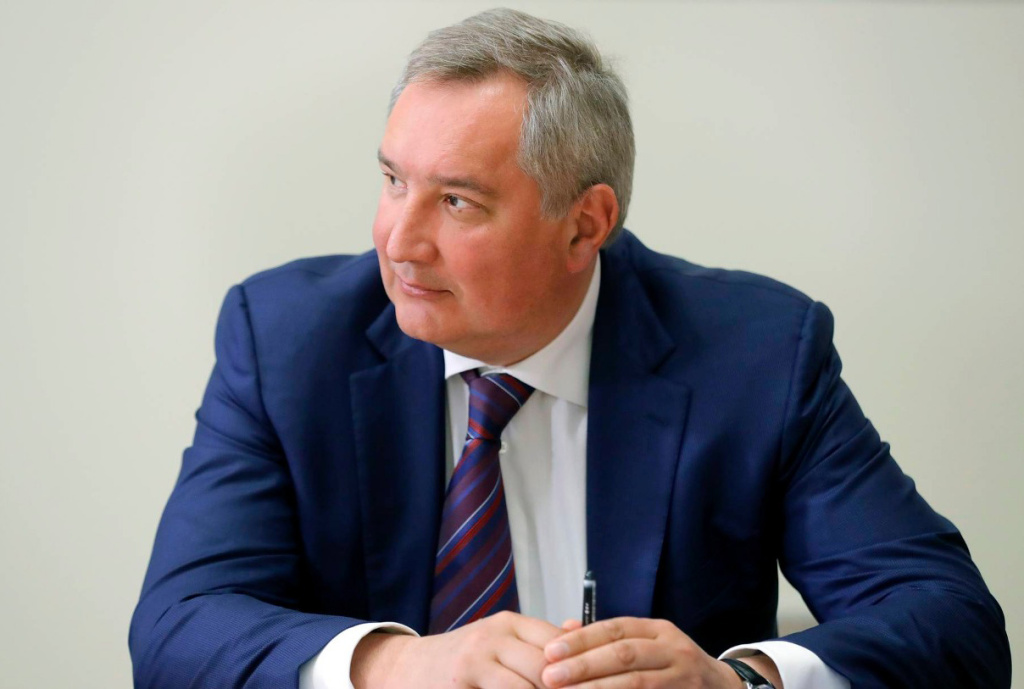 Roscosmos chief Dmitry Rogozin has given an interview to Interfax in which he speaks about the future of the International Space Station (ISS), the resumption of cross-flights with NASA and the construction of the Vostochny Cosmodrome.

Answer: The Russian president was able to assess Vostochny's facilities as his flight approached the spaceport. The current launch pad for Soyuz-2 rockets is a facility of the first stage which has been in operation for five years. Ten launches have been made from it, all of them successful.

The head of state also visited the launch pad for the Angara rocket system, which is under construction on an area of more than 200 hectares.

The scheduled deadline for building the facilities servicing launches directly is 2023 and for ground infrastructure facilities of the second stage in general it is 2025.

In the wake of his visit, the president stressed that the Vostochny spaceport is the most important construction site of nationwide significance and demanded the scheduled deadlines for the construction of the second stage be met, as well as the deadline for first flight using the Angara rocket.

Q.: You showed the mockup of the Oryol spacecraft to the president at Vostochny. How has this project been progressing?

A.: As for the Oryol new generation uncrewed cargo spacecraft, the deadline for its tests has remained the same, the first uncrewed flight in 2023.

Q.: You earlier said that Oryol could make its first flight to a new station rather than to the ISS. Has a final decision been made? Is it true that the new station will cost around $6 billion, as people are saying?

A.: A recommendation was issued in the wake of a meeting of the scientific and technical council of the Roscosmos state corporation to begin developing the design of the Russian Orbital Service Station (ROSS) in 2022. During this work its goals, tasks, technical characteristics, functional capabilities and estimated value will be set and a relevant decision on its creation will also be made.

Q.: What are the plans for the ISS program? How long might it continue to operate?

A.: As of today, partners in the ISS program, including Russia, have made a decision to use it until 2024 inclusive.

At the same time, national space agencies that are partners in the ISS program are stating their intention to extend the station's service life beyond 2028-2030. In particular, representatives of all national space agencies of partner states, among them the Roscosmos state corporation, confirmed at a meeting of the ISS Multilateral Coordination Board this July that the station can continue to operate in a low-Earth orbit until 2030 with proper technical maintenance.

Partners have practically finalized an assessment of the technical possibility to extend the period of operation of station elements until then. We are expecting NASA, as the ISS program coordinator, to formally propose that ISS operation be extended until 2028-2030. Roscosmos is also doing relevant work. A final decision on extending the operation of the ISS and on Russia's further participation in this program will be adopted by the government of the Russian Federation. We will see in the near future what decision will be adopted, whether we will extend the operation of the ISS beyond 2024. One of the most important conditions for a decision on the future of the ISS will be ensuring unconditional safety of crews on its board.

Another important aspect is to ensure that Russian cosmonauts are present in low-Earth orbit, the continuity of their training and maintenance of their qualification. A comprehensive analysis of issues related to the condition of the Russian segment of the ISS and the level of readiness of the new Russia's station ROSS, so that there is a place for Russian cosmonauts to fly to, is needed to decide whether to extend the service life of the ISS or to withdraw from the program.

At the same time, actions speak about our plans louder than words. We sent the new module, Nauka, whose service life is at least 10 years, to the ISS this year. We also launched the nodal module. We continue to develop the Russian segment and we have big plans for its active use in the next few years.

Q.: How do you view future Russian-U.S. space cooperation in the context of U.S. sanctions?

A.: The United States has remained a key space partner. Despite the sanctions rhetoric, we have continued to cooperate on the ISS program and a number of scientific projects, scientific equipment such as [High-Energy Neutron Detector] HEND, [Lunar Exploration Neutron Detector] LEND, [Dynamic Albedo of Neutrons] DAN, the Spectr-RG space observatory joint project and others. We are working on the possibility of organizing together with American partners so-called cross-flights of Russian cosmonauts on U.S. spacecraft and American astronauts on Russian spacecraft.

Furthermore, despite the formal refusal to participate in the project to create the Gateway outpost orbiting the Moon, we stand ready to continue dialogue with NASA on harmonizing technical standards and on interlinking interfaces for crews' possible interaction.

In this respect, I would like to speak about the destructive role of sanctions measures against a number of enterprises of the Russian space and rocket industry whose service our American partners in particular use as well. I am talking about TsNIIMash within whose framework there is the Mission Control Center involved in serving the ISS and the Progress rocket and space center which ensures the delivery of cargo and crews to the station. I think it is necessary to revise such anti-Russian policies in order to ensure safety in space and gradual development of Russian-U.S. interaction in the space sphere.

Q.: When could the reinstatement of the cross-flight program take place?

A.: A visit by a NASA delegation has taken place recently. We have discussed without American partners a large number of issues, including uncrewed programs, fundamental space studies, ISS operations, as well as increasing efficiency of the station's use, for example making about the ISS space experiments aimed at applying technologies for deep space exploration and medical and biological security of space flights. Cross-flights were also on the meeting's agenda. Hopefully, the first flight of this kind will take place in fall 2022 in keeping with the agreements. It is crucial for us to continue successful interaction in current projects and to look at future areas of mutually advantageous space cooperation between our countries.

Q.: Let's get to another Russian partner, China. What could be the extent of Russia's involvement in a joint project with China on creating a lunar station?

A.: China is truly Russia's strategic partner and the launch of such a large-scale project highlights the importance of strengthening and advancing scientific and research interaction not only for China and Russia but also the whole of humanity.

The International Lunar Research Station is a set of experimental and research tools on the surface and/or the Moon's orbit which is aimed at multidisciplinary and multipurpose scientific research, including the exploration and use of the Moon, lunar observations, fundamental research experiments, as well as checking technologies to allow lengthy uncrewed missions with the future option of human presence on the Moon.

The Russian side together with Chinese partners will cooperate on planning, substantiation, design, development, implementation and operation of the International Lunar Research Station, including the use of joint achievements together with international partners.

The project aimed at building a station of this kind is a serious step in the exploration of the Moon, hence it is open to all interested countries and foreign partners. Importantly, cooperation in this project will be based on principles of equal partnership, transparency and consensus in the decision making process, which, for example, the Gateway lunar station program is lacking and which has caused our withdrawal from this project.

Q.: Foreign orders account for a large share of the Russian launch campaign. Just look at OneWeb satellites. Will you be able to make all scheduled One-Web launches this year in time?

A.: We scheduled seven OneWeb launches for 2021, including six from Russian space ports - three from the Baikonur and three from the Vostochny spaceports – and one from the Guiana Space Center. As of this December, Roscosmos made seven launches with OneWeb satellites – two from Baikonur and five from Vostochny. We plan to make one more launch be the end of the year at the customer's request from Baikonur on December 27. The launch from the Guiana Space Center has been rescheduled for 2022 at the initiative of the European launch services operator, Arianespace.

Q.: How many launches are scheduled for the next year?

A.: Seven OneWeb launches are tentatively scheduled for 2022, including six from Russian cosmodromes and one from Kourou.

Q.: What will be happen to the Sea Launch project?

A.: In my opinion, it is necessary to keep this space rocket launch pad. To this end, Roscosmos, S7 Group, Rosatom and the federal agencies concerned are working to find the best way of implementing this project.

Q.: When we will have space robots capable of replacing humans on interplanetary flights?

A.: In general, all automatic spacecraft, including for exploration of the Moon and other celestial bodies, are working without human participation. They can be called robots to a certain extent.

If we speak about robots that can replace humans, for example for dangerous work in space, the Roscosmos state corporation is working in this area as well. If you remember, the first experiment was held in 2019 as part of the Ispytatel space experiment. Robot FEDOR flew to the International Space Station. We tested the use of manual tools on the International Space Station, for example a wrench or a screwdriver, by an anthropomorphic robot. All operations were accomplished successfully.

We will use the created scientific and technical potential in the further development of this area, primarily as part of preparing the Teledroid target work. This is an anthropomorphic robot designed for works in space. It will be installed on the external surface of the station for operations which cosmonauts usually do during extravehicular activity. Thus, we are planning to test the technologies of operational support of the cosmonauts' activity aboard the space station, as well as a number of other crucial technologies that will be used in advance space robotics. We will need these technologies in the future exploration of planets and other space bodies.