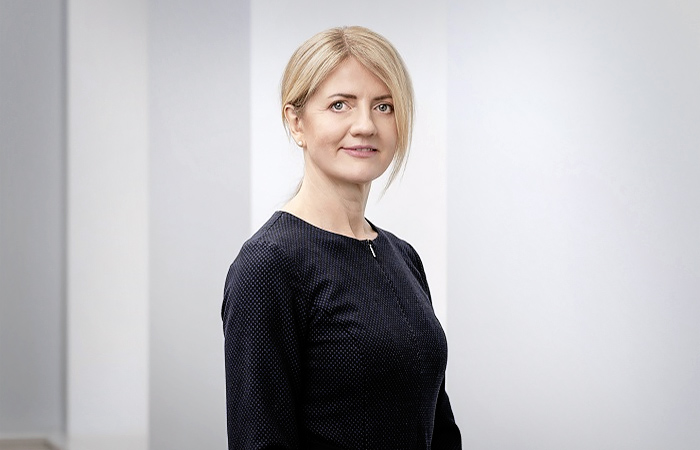 Estonian Foreign Minister Eva-Maria Liimets and Russian Foreign Minister Sergei Lavrov discussed Russian-Estonian relations and exchanged opinions on items high on the regional and international agenda in a phone call on April 9. Liimets commented on the conversation in an interview with Interfax correspondent in Tallinn Arkady Prisyazhny.

Question: The Estonian and Russian foreign ministers have not met for five years. Bearing this in mind, your 20-minute conversation with Sergei Lavrov looked like a news bombshell. So, who was the first to pick the phone up?

Answer: Since I took up office, I have been looking for an opportunity to have telephone conversations with all of our important allies, partners and neighbors, including Russia. I am very pleased that after a pause of many years there has been such contact and I had a telephone conversation with Minister Lavrov.

Q.: Your conversation got a mixed reception in Estonia. For example, the head of the parliamentary commission for foreign affairs, Marko Mihkelson, said it was a clear sign of progress and welcomed the agreement to continue consultations between the two states regarding the land and maritime border, while your predecessor as foreign minister, Urmas Reinsalu, said that Russia's demands pose a threat to Estonia's independence and that it was impossible to continue the consultations. What would you tell your opponents?

A.: First of all, the phone call was made out of politeness, to get acquainted. But neighbors should communicate with each other despite disagreements. Of course, there are various opinions on certain foreign political issues in Estonia. This is normal for democratic countries. However, a consensus on the border treaty was reached long ago. The treaty was signed by Foreign Ministers Urmas Paet and Sergei Lavrov back in 2014. Currently, it’s a matter ratifying this treaty.

Q.: How would you assess the current state of affairs in Estonian-Russian relations? What could both sides do to improve them, and I stress, both sides? Could it be the fault of only one side if neighbors don't enjoy good relations? Perhaps Estonia has done something wrong?

A.: Estonia and Russia are neighbors. We have good everyday practical cooperation, regarding the borders, culture and so on. We could probably do more in fight against climate change and on the environment.

Our fundamental disagreements are well-known as well. Estonia's position is well-known – international relations should be predictable and follow unified rules. This means that states should fulfill the international obligations they have undertaken.

Estonia also taken a clear step towards solving one long-standing problem. I reiterated this in the telephone conversation with Minister Lavrov. Our current government is in fact ready to move forward as far as the ratification of the border treaty between Estonia and Russia is concerned. But a solution to this issue assumes a positive reaction on Russia's part, which means that political will on one side is not enough.

Q.: What is Russia's place in Estonia's foreign policy? Is it the biggest problem and does Estonia see threats from it? How does Tallinn view its eastern neighbor? As a partner, a rival or enemy, as some allies and high-ranking Western politicians do? At the same time, Estonian politicians say that Russia isn't an enemy, that it poses no threat. But then why does Estonia need such a big NATO base? Doesn't this give its neighbor reasons to believe that a threat emanates from NATO troops stationed in Estonia? Doesn't this make your neighbor think seriously and act appropriately?

A.: Estonia and Russia are neighbors, and of course it is in Estonia's interests to have good relations with all neighbors. The latter is based on trust. However, this trust is being seriously violated, for example by undermining territorial integrity and by Russia's military activity against Ukraine and earlier Georgia. This directly influences the security situation in the region. We have seen recently that Russia, regrettably, doesn't want to ensure transparency and trust as part of the OSCE Vienna Document regarding the concentration of its troops in the direction of Ukraine.

Estonia is a NATO member and our Defense Forces are a part of NATO. Moreover, there are NATO forward presence troops and air defense units in the Baltic States and Poland. But NATO's actions are not directed against anyone. They are aimed solely at ensuring the peace and security of allies. The collective defense principle is what NATO is founded on. NATO is based on the collective security principle. This means that an attack on one of the allies would be considered an attack on all allies.

Q.: Russia considers the conclusion of the border treaty to be one of the key elements on the bilateral agenda. Is it the same for Estonia? You, like President Kersti Kaljulaid, have recently spoken of a desire to resolve this problem. What should be done to achieve this goal? Do the current government and coalition have enough strength to draw a line under the issue and ratify the border agreements as they were signed in 2014?

A.: The Estonian government is ready to move forward on this issue, but success depends on the same desire of the Russian side as well. The ratification process in the parliaments of both countries should take place in parallel.

Q.: The opinion that the Baltic States and Poland are Russophobic states and are hostile to Russia is common among Russian politicians, the media and general public. Minister Lavrov has said the main condition for signing border agreements is a "normal non-confrontational atmosphere in bilateral relations, and Russia has fulfilled its obligation."

And one more quote from a speech by the Russian foreign minister: "Russophobic rhetoric has continued to escalate on the Estonian side. In this situation there is no room for the border treaty ratification to progress."

A new government is in power in Estonia. In your conversation with Lavrov, did you feel any change in this position and desire to move forward?

A.: The conversation itself was a step forward, as the Estonian and Russian foreign ministers last talked bilaterally in 2015. Of course, we know about initiatives, statements and assessments of each other on all the issues discussed, that is why there should be no surprises in this regard.

Q.: According to a media statement of the Russian Foreign Ministry, Minister Lavrov drew your attention to the preservation of mass statelessness in Estonia, the discrimination of the Russian-speaking people, plans to oust the Russian language from the information and educational spaces, as well as other issues that make Russia concerned.

A.: I clarified Estonia's views in our telephone conversation. The number of stateless people has been falling consistently. It has now reached 5.2% of the total population, while it was 32% in 1992.

Over the past few years Estonia has adopted a number of legislative changes that make it easier for children and young people to receive Estonian citizenship. At the same time citizenship is a free choice for every person, and the state cannot exert pressure on people in this regard.

As for education, Estonia is one of the few countries that provides the opportunity to be educated in the Russian language at all levels, from kindergarten to university. Requirements regarding the language of education are applied only at the level of schools, but this education level is not mandatory. Results of the Program for International Student Assessment (PISA) test show that the barrier between students of Estonian and Russian schools is getting lower, and all our students achieve similar successes.

Q.: It was agreed at the meeting that consultations should continue. What other agreements are waiting in the wings?