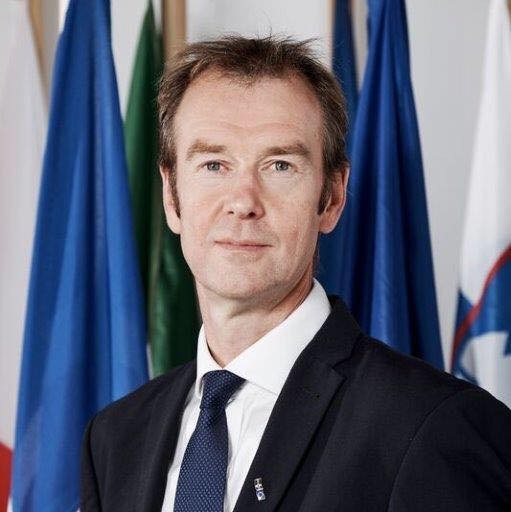 European Union Special Envoy for the Arctic Michael Mann has described the EU’s expectations of cooperation with Russia in the Arctic Council framework in an interview with Interfax.

Question: Russia will preside in the Arctic Council in 2021-2023. Given this, what are the possible spheres of cooperation and projects between Russia and the European Union in the region?

Answer: Looking at the priorities of the upcoming Russian Chairmanship, Russia says that it plans to focus on economic, social and environmental sustainable development. These are also significant priorities of the EU’s engagement in the Arctic.

Clearly, Arctic populations demand economic opportunities like everyone else so that they can stay in the region and build a future. This must of course be done under responsible environmental conditions, so as not to threaten fragile Arctic ecosystems.

We hope that we can work closely with the Chair and pass on some of the best practices that the EU has developed as a global leader in environmental protection.

The EU also works closely with Russia on environmental projects through the Northern Dimension policy framework. This work focuses on reducing emissions of Black Carbon, dealing with legacy nuclear pollution and cleaning water supplies. We hope we can deepen this work also through our substantial contributions to Arctic Council Working Groups and Expert Groups.

Q.: Is the EU still interested in receiving observer status in the Arctic Council? What are the impediments to this? Are any shifts possible during Russia's presidency?

Ideally, we would like, and believe the application merits a positive decision but are able nevertheless to make a very practical contribution under current arrangements.

A.: There has been a clear increase in military activity in Arctic regions over recent years. While we all need to keep a close eye on this and avoid complacency, the Arctic remains a region where international cooperation is good and the situation remains stable. All parties must work together to keep it this way.

A.: The EU believes that it is paramount that everybody respects international law. In the case of the Arctic, this principally means adhering to the UN Convention on the Law of the Sea.

Q.: Given that Arctic ice is melting, interest in the Northern Sea Route has been growing. Russia has called on foreign companies to study opportunities for transporting cargo from Asia to Europe and back along the Northern Sea Route. How do you view the development of this transit route in relation to the expansion of ties between Europe and Asia?

A.: Whether private companies choose to use the Northern Sea Route is a commercial decision.

Evidence to date suggests that Russian and Chinese companies are showing increased interest in the NSR, while European private companies appear to prefer to stick to their traditional routes, as this provides more certainty as to sailing conditions and they have an established system of ports en route. This is also a matter of insurance coverage, pilot requirements and other financial aspects.

A.: As I said, this is a commercial decision for private companies. What matters most is that such trade happens in line with international law and that the safety conditions, including capacity to handle industrial accidents and pollution, are adequate.

A.: The EU’s engagement in the Arctic focuses on areas where it has legal competence and where it can add value.

A.: It is clear that certain minerals will be crucial for the EU’s aim to become a climate neutral economy by 2050, as we accelerate our move away from hydrocarbons and towards green energy. This is also recognised in the European Green Deal.

There are already important mineral extraction activities in the European Arctic, for example Sweden’s plan to produce steel in a carbon neutral way by 2035.

Decisions on mineral extraction are issues for the national authorities. But of course the EU is interested in increasing EU resilience in terms of a secure, sustainable supply of critical raw materials to enable the green and digital transition.

The increasing demand for critical raw materials can only be met by a combination of more circularity, a diversified supply with sustainable and responsible sourcing from third countries, and more sustainable domestic sourcing within the EU. The European Commission established the European Raw Materials Alliance in September last year to help this process, focussing on increasing EU resilience in the rare earths and magnets value chain, as this is vital to most EU industrial ecosystems (e.g. renewable energy), and on targeting raw materials supply for energy storage and conversion.

Q.: A number of countries, including Russia, just as some states outside the Arctic region, for example, China, have in recent years stated intentions to increase economic activity in the Arctic zone. Does this pose a threat to the environment of the Arctic? In the opinion of the EU, is it necessary to limit economic activity in the region in order to counter pollution and climate change?

A.: Whether or not increasing economic activity poses a threat to the fragile Arctic ecology depends entirely on how it is done. The EU is seeking to encourage a balance between preservation and precaution in the Arctic and the desire to use Arctic resources for the benefit of Arctic populations.

The Arctic covers several regions with populations who have justified socio-economic aspirations, and we cannot and will not try to stop economic activity. However, this activity must be carried out according to strict environmental standards and using the most modern ‘green’ technology.

As a lawmaker in the European Arctic, the EU plays a positive and significant role in achieving this.

The indigenous peoples who have lived in the various Arctic regions for hundreds of years must be consulted and their views must be respected.

Q.: How do you view Russia's present exploration of its Arctic territory? Does Russia pay enough attention to environmental problems?

A.: Russia has been clear that it views the resources in the Arctic parts of its territory as vital for the economic and strategic status of the whole country.

The Arctic states have the primary responsibility to decide on the policies they pursue on their own sovereign territory, in respect of international law.

There are clearly a number of environmental challenges in the Russian Arctic, whether it be legacy nuclear issues, black carbon emissions or the recent diesel spill at Norilsk.

Russia’s programme for its Arctic Council Chairmanship suggests that environmental issues will be given more priority over the next two years, and Russia’s new Arctic strategy also talks about the importance of environmental protection.

It was also interesting to see the heavy fine which was imposed on Nornickel for the diesel spill, and the statement from former Deputy Minister Krutikov, who estimated the potential cost of climate change to infrastructure in the Russian Arctic at 99 billion euros.

So the signs are that Russia is paying increasing attention to environmental problems.

We believe that it is essential to obtain much better understanding of the effects of the thaw of permafrost on all vulnerable infrastructure, but also with regard to the catastrophic release of methane and its accelerating impact on climate change, and finally in the context of possible health impacts.

Q.: Russian Natural Resources Minister Alexander Kozlov has proposed that the Arctic region be comprehensively cleaned up. A special program could be worked out to this end. The authorities of Russia's Chukchi Autonomous District, which is located in the Arctic region, have proposed to the government creating municipal solid waste sites in the Arctic zone. What is your opinion on the problem of garbage in the Arctic region and restoring biological diversity after the damaging impact of people's activity?

A.: It is obvious that human activity has in many cases had a negative environmental impact in many Arctic regions – as it has globally, including the problems of, for example, garbage or plastic pollution in the Arctic Ocean.

More needs to be done to clean up damage caused by human actions.

The EU already has a tough set of environmental legislation that applies in the European Arctic, not just in the Kingdom of Denmark, Finland and Sweden, but also in Norway and Iceland, through their membership of the European Economic Area.

This includes legislation specifically aimed at reversing the decline of biodiversity. We also recently adopted our Biodiversity Strategy to 2030, which has ambitious targets to get biodiversity back on the path to recovery in the next decade.

The Conference of the Parties of the UN Convention for Biological Diversity in China in 2021 is a great collective opportunity to put nature on a path to recovery. We think that an ambitious agreement in Kunming on a post-2020 global biodiversity framework is necessary and urgent.

The EU also has a well-established Circular Economy policy, based on the principles of reducing pollution and repurposing waste, keeping products and materials in use, and regenerating natural systems. This will be crucial in protecting Arctic ecosystems. The EU is also working hard to reduce the use of plastics in all parts of the economy.

Q.: The topic of radioactive pollution in the Arctic region has been in the media spotlight many times in the past few years. Does the EU plan to take additional steps to counter it? Will it cooperate with Russia?

A.: Radioactive pollution in the Arctic region is indeed a very serious issue, with decaying nuclear submarines from the Soviet era posing a serious threat to ecosystems as well as the fishing industry.

EU-Russia cooperation on nuclear clean-up programmes on the Kola Peninsula has advanced well, but more needs to be done.

There is the possibility of further cooperation under the Environmental Partnership of the Northern Dimension, but for the time being, the onus is on Russia to make concrete proposals.

A.: It would certainly be desirable for the Arctic states to develop a unified environmental policy and there is already a precedent for this, in the shape of the three legally-binding agreements reached by the Arctic Council. This is of course a matter for the states themselves. It is certainly helpful that the new US Administration has taken a firm stand on environmental protection.

As I said earlier, EU environmental policy means that tough standards already apply in Denmark, Sweden and Finland, as well as the associated countries Norway and Iceland.

There are a great number of areas where tough environmental norms still need to be imposed, for example black carbon, nuclear waste, plastic pollution, garbage, adaptation to climate change, biodiversity loss and many more besides.