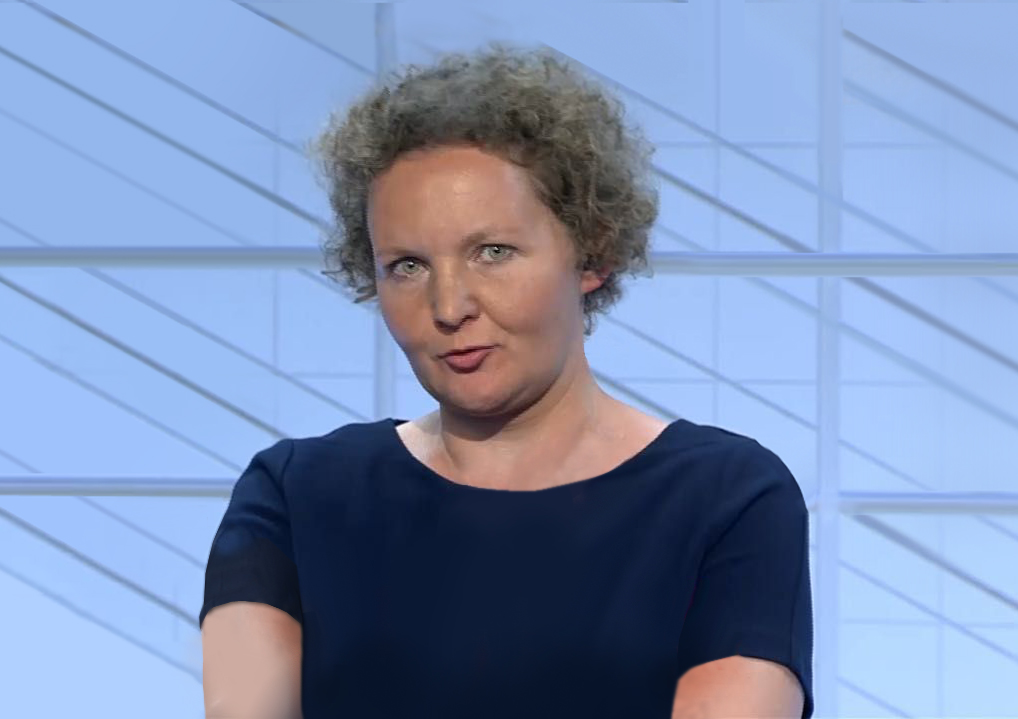 U.S. President Joe Biden recently gave his first speech that was formally devoted to the country’s foreign policy, its goals and ways to achieve them. As usual, everyone has their take on the substance of such speeches. Our special correspondent Vyacheslav Terekhov spoke about this issue with Russian Academy of Sciences Academic Sergei Rogov and Viktoria Zhuravleva, director of the North American Studies Center of IMEMO.

Question: I got the impression that the main goal of Biden’s foreign policy speech was to demonstrate his toughness to Russia.

Rogov: That’s not quite right. The main thing for Biden was to announce that his course on the world stage will differ from the foreign policy of Trump. And the concerns that Biden expressed essentially repeat statements he made during the election campaign. Apparently, there’s nothing new here! But unlike those statements, in his speech Biden set out a certain order of priorities. And in this list of priorities, one of the main ones is the need to pursue a tough policy on Russia. But note that China, not Russia, is identified as the main adversary and rival of the United States.

Q.: That’s quite clear, Russia’s economy can’t compare to China’s. But a tough stance on Russia was still demonstrated!

Rogov: The accusation against Russia is related foremost to the assertion that it is destroying American democracy. This is the premise that is put at the top, not Crimea, not Georgia and not even Navalny. Russia as a threat to the democratic development of the United States – this is the main thing for Biden. This, of course, is a completely absurd premise, particularly given that America is going through a very serious political crisis and is split in two.

Much can be said about joining forces in solving economic and social problems, and about joining forces to develop the healthcare system, which is collapsing. But Biden returns to the problem of the threat emanating from Russia, to the premise which the Democrats put forward and made the main one back in 2016, when Clinton lost to Trump. At that time they talked a lost about Russian hackers. And a similar premise rang out quite distinctly in this speech.

Q.: But there is the important problem of security and disarmament.

Rogov: Of course, Biden couldn’t skirt this problem! Despite the threat to democracy that, according to him, emanates from Russia, Biden made it quite clear that he is in favor of reaching agreement with our country on issues of arms control. But in this he is also being anti-Trump. While Trump in his four years did everything to destroy the arms control regime, one of Biden’s first moves upon taking office was to sign an agreement to extend the New START treaty.

One can say that a kind of contradictory situation is being created. On one hand, the Biden administration intends to hold negotiations on arms control. Moreover, it has dropped some demands made by their predecessors that were unacceptable to us, but at the same time they’re saying that on all other fronts policy in regard to Russia will toughened.

In order to partly understand this contradiction, one can recall the statement of Secretary of State Blinken. I’m not sure about the exact wording, but he said that American foreign policy can walk and chew gum at the same time, meaning do two things simultaneously.

Q.: Time will tell what gum the States will chew. But right now I’d like to turn to another issue, or rather look at Biden’s foreign policy speech from another angle. Marx has a famous proposition that foreign policy is a continuation of domestic policy and a reflection of the domestic political regime. Is there a correlation in Biden’s speech to his country’s domestic problems?

Zhuravleva: Yes, certainly, though of course foreign policy matters dominated his speech, but nonetheless he actually wasn’t talking about this. The U.S. president talked about America in the world, about its misfortunes, problems and hopes, about how it sees the world to which it is returning and what this world is supposed to become thanks to it. And so it turns out that in this case foreign policy was a logical continuation of domestic policy. And this was confirmed by the speaker himself, who expressly said that the foreign policy of the U.S. is a continuation of its domestic policy. The point of this signal was simple: what’s important to America at home will also be important to it in the international arena.

Q.: And what is most important to America right now?

Zhuravleva: Biden, judging by his speech, believes that the most important thing is saving democracy, both at home and abroad. Democracy became the bridge from domestic policy to foreign across which Biden intends to bring America back into the world. He turned his fairly short address into a conceptual speech of the Clinton era, with its crusades in the name of saving democracy.

Promoting democracy in the world is a traditional theme of the Democrats. The Republicans silently built and deployed their missiles throughout the whole world in the name of national security. The Democrats like to wrap their foreign policy in the bombast of the world’s saviour, ideologically and conceptually charging the same missiles and drones in the skies of countries that deviate from “democratic norms.”

The return of this theme, of course, is not accidental and is related not as much to the Democrats’ actual return to the White House, as to how they returned. They returned by beating the most criticized of recent presidents, the odious President Trump, who in his short term in office earned no less than two impeachments, an unprecedented event in U.S. history. He got both for, among other things, destroying American democracy. The first time he allowed an unfriendly nation’s assault on the holy of holies, and the second time, in violation of democratic norms, he refused to acknowledge his defeat and urged his voters to also not acknowledge it. Thus he provoked, according to his opponents and critics, the attack on the Capitol, the very symbolic act of an attack on American democracy.

Therefore, the rhetoric of deliverance in the speeches of the new president is quite logical and deliberate. It is the calls to saving American democracy from a delusional president usurping power and destroying the American system of values that helped the Democrats unite their electorate around a far from ideal candidate and win.

Zhuravleva: Now this slogan is supposed to help the Democrats hold onto power for a long time. But the most important thing for the victorious administration is to unite not just its voters but also the country as a whole. This is another big goal that Biden has set for himself, judging also by his inauguration speech. Democracy is thus supposed to become the superglue that will glue back together a country that has split into two political parts. But the problem is that, despite the common faith in democracy and its value, the two Americas have different understandings of these concepts. For traditionalist, conservative Trump America, which is fighting with all its might to not be forgotten again, what liberal democrats are doing to them is the same kind of violation of democracy as the behavior of Trump and his voters is to liberal America. So, despite the fact that traditionally American leaders of a universal project speak on the international stage, there is no democracy even in the U.S. itself.

This, by the way, is a very serious factor that complicates the new administration’s whole agenda of spreading democracy in the world. When Clinton proposed the concept of promoting democracy, America was still that shining city on a hill, a flourishing country with one value model shared by the majority. The symbol of America after Trump is the cordoned off Capitol in smoke. Can such an America claim the role of unique spreader of a universal recipe of values – the question is more rhetorical.

Although it is this picture that Biden will apparently try to correct. And here, since unity in the country is an extremely difficult problem that is unlikely to be solved in one presidential term, victorious campaigns in the world could bring the desired dividends and also somewhat reduce the internal political split. But the Democrats should also not expect an easy victory in today’s world. All of the authoritarian countries listed by Biden that violate the rights of their citizens, including Russia, are unlikely in the next four years to turn into democracies according to some universal model that the U.S. is willing to share. Except perhaps Myanmar, the coup in which the American president condemned and called on the world community to unite in fighting for democracy in this country, will acquire a democratic façade with international help.

However, the U.S. is not ready financially or emotionally for new military interventions in the name of democracy and Biden understands this, which is why he did not promise any military campaigns and victories in his speech. But he did promise new sanctions, foremost against Russia. This is an instrument that the U.S. has worked hard in the four years of Trump’s presidency and that will remain the dominant one in their arsenal in the next few years. Only now they will probably apply it in the name of saving democracy and form a united democratic front together with their allies.

This is the America that Biden has promised the world. This is the foreign policy in service to domestic policy and the domestic fight for the country’s unity in a new crusade for a better world!