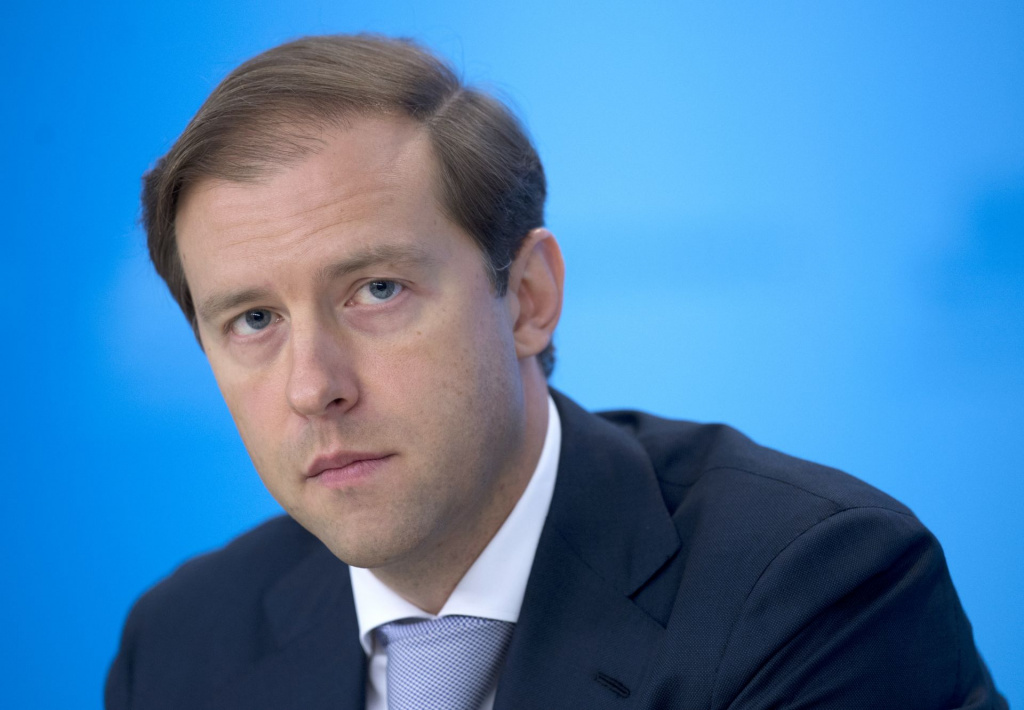 Russian Industry and Trade Minister Denis Manturov has given an interview to Interfax special correspondent Yekaterina Maltseva in which he speaks about the impact of the coronavirus on the Russian defense industry and the global arms market, expected deliveries of S-400 air defense systems to India and Turkey, export potential of the Armata tanks and the production of S-500 air defense systems.

Question: What is the situation on the global arms market amid the coronavirus pandemic? How seriously has it affected Russia's military-technical cooperation?

Answer: The coronavirus pandemic has no doubt influenced international arms markets. However, military-technical cooperation has remained one of the most important areas of the foreign policy of many countries, and that is why negotiations are ongoing with regard to the current restrictions in certain countries.

Our country has always been a reliable partner in all spheres of international relations. We plan to continue fulfilling the obligations we have undertaken, including in arms exports.

In general, I would like to note that the reliability and high effectiveness of Russian arms and military hardware have helped maintain stable demand for them, and in some cases they simply have no equals. That is why interest in our arms has been maintained.

Q.: Is Russia ready to produce and deliver to Turkey an additional batch of the S-400 air defense systems in a very short period of time if such a contract is signed soon?

A.: Companies are ready to produce and deliver to Turkey an additional batch of the S-400 air defense missile system within the period of time prescribed by the contract. Issues related to the terms of delivery will be settled through negotiations.

Q.: Will Russian companies be able to speed up the fulfillment of the S-400 contract with India if there is such a request? It was reported earlier that India would get the first regimental set of S-400 systems in 2021. Could this happen ahead of the schedule?

A.: As per the contract with India, a timeframe for the shipment of the S-400 Triumf air defense system has been specified. The systems will be shipped exactly on schedule. All questions of interest to the parties regarding the fulfillment of this contract have been discussed already.

Q.: When will Indonesia get BMP-3F combat infantry vehicles and BT-3F armored personnel carriers under the 2019 contract?

A.: The delivery of BMP-3F combat infantry vehicles and BT-3F armored personnel carriers will take place in line with contractual obligations. The hardware will be produced on time.

Q.: Have military-technical cooperation negotiations been frozen because of the coronavirus? Could new large-scale contracts be concluded this year?

A.: Of course, certain restrictions have been imposed amid the spread of the coronavirus. Owning to this there were instances when negotiations slowed down because of the lockdown. But they haven't had a significant impact on negotiations in general. Negotiations on military-technical projects with foreign partners are now getting back to normal.

Q.: What is you assessment of the Armata tank’s export potential?

A.: Judging by the preliminary requests of potential foreign customers, interest in this tank is high. From our point of view, the tank has good prospects on the global market.

Q.: How has the coronavirus pandemic influenced Russia's defense industry? Will the state defense order for 2020 be fulfilled in its entirety?

A.: We began monitoring the fulfillment of the state defense order by companies in order to carry out the government's resolution. I can say that now the heads of companies managed to comply with the requirements of Rospotrebnadzor [consumer rights watchdog] and local authorities. In turn, we helped them supply personal protective equipment for workers and ensured interaction with local authorities and health agencies.

Enough specialists were available to fulfil the state defense order. They ensured continuous production. Restrictions imposed because of the pandemic haven't had a significant influence on the fulfillment of obligations by defense companies under current state contracts.

As for signing new contracts, the situation is similar. State customers - and these are primarily federal executive bodies - haven't stopped their activities amid restrictions and have placed the state defense orders in line with the approved schedule.

I would also like to thank the state customer, which is the Defense Ministry. Our colleagues met companies halfway and began to more broadly use 80% advance payments under the state defense order.

I would like to note that it is possible to use an advance financing scheme under the state defense order in the aircraft-and ship-building industries.

Q.: What measures have been taken to mitigate negative consequences of the pandemic in the defense industry in the next few years?

A.: Russian defense companies and military goods exporters have continued to receive assistance, such as subsidies for refunding some expenditures under loans from Russian banks and VEB for innovative and hi-tech investment projects, while strategic defense companies also get anti-bankruptcy subsidies.

In 2020, defense companies will also be able to receive guaranteed assistance from the state on terms set by the government as part of measures aimed at solving urgent tasks to ensure the sustainability of our economy.

Already the results of the measures taken and the analysis of the situation at defense companies allows to say that prospects for fulfilling this year's state defense order are good.

Q.: It was reported earlier that there are plans for the accelerated placement of the state defense order to support defense companies. What new military hardware contracts could be signed this year?

Q.: Given the reduction of the defense budget, funds are allocated mainly for the modernization of obsolete weapons rather than long-term R&D. Even so, what breakthrough technologies and products are priorities now?

A.: It is wrong to say that funds are now being allocated for the modernization of obsolete weapons. For example, the Almaz-Antey company has been actively and successfully working on a large number of advanced aerospace weapons. As part of these projects, the company is creating modern and advanced electronic components and is working on transmit/receiver modules for active phased array radars and active electronically scanned arrays in general, as well as photonic radars. We must not forget about 3D technologies to design and manufacture military products, and of course the global digitalization of these processes.

Q.: What are the results of S-500 tests? You said last year that the S-500 is ready for serial production. When could it begin?

A.: Presently, the S-500 is undergoing preliminary tests. I can tell you that results are positive. It is expected that contracts for the serial production of the S-500 system will be signed this year.