German Foreign Minister Heiko Maas: Europe itself decides where to get energy from 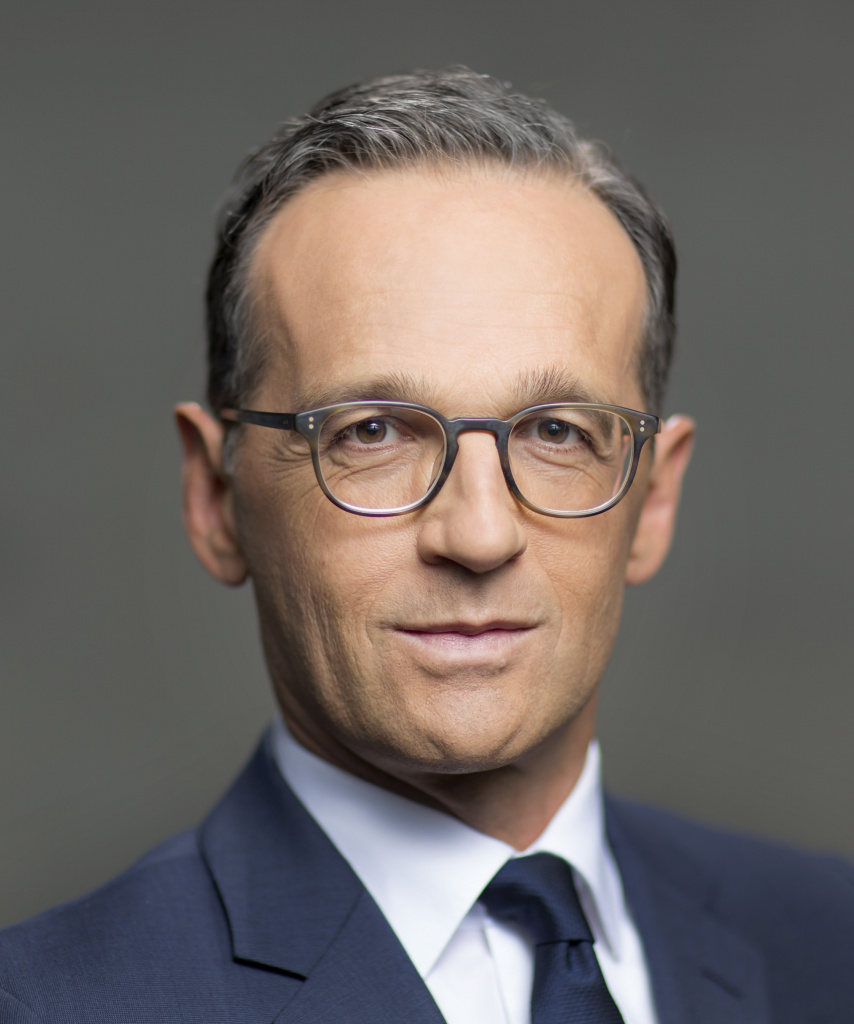 German Foreign Minister Heiko Maas has given an interview to Interfax correspondent Tatyana Firsova ahead of his visit to Russia on August 11. In this interview, Maas commented on U.S. actions regarding the Nord Stream 2 project, called to extend the New START Treaty, spoke about possible sanctions against Russians for cyberattacks, and gave his opinion about the situation in eastern Ukraine.

Question: Mr. Minister, according to information from EU diplomats, sanctions are being prepared in response to the involvement in cyberattacks from Russia, China, and North Korea. A decision is pending on the lists of names that were sent to Brussels at the beginning of the year. When will those involved in the cyberattack on the Bundestag in 2015 be sanctioned?

Answer: People should be able to move freely all around the world without fear of theft, espionage, or criminal extortion, both on the internet and on the street. This is the only way in which the opportunities offered by the digital transformation can also be used to the benefit of our societies. This requires rules of the game, both online and offline, which we as the European Union also defend against irresponsible behavior. EU sanctions were imposed on individuals and institutions for the first time at the end of July in response to various cyberattacks. This is a first shot across the bows of those who believe they can inflict damage in cyberspace with impunity.

At the end of May, we also submitted proposals within the EU for sanctions against those responsible for the cyberattack on the German Bundestag. As in the case of the first sanctions package, this proposal will now undergo the process envisaged for this purpose in the EU. We are receiving a great deal of support for this proposal from our partners, so I expect the process to make swift progress after the summer break.

Q.: German-Russian relations have been very strained in recent years. Another incident that makes communication between the two countries particularly difficult is the murder case in the Tiergarten. Is the Federal Foreign Office planning new measures vis-à-vis Russia in this case too, as it did when it expelled embassy staff last year? When might that happen, and is it still the case that Russia is hardly cooperating with Germany at all in this case?

A.: In his indictment of the alleged murderer, the Federal Prosecutor General assumed that the individual in question was acting on behalf of Russian state authorities. This is a highly significant allegation that the Federal Prosecutor General has certainly not made lightly. It therefore goes without saying that we are following the trial before the ordinary courts very closely.

We have repeatedly emphasized that we reserve the right to take further measures. The measures we take will also depend on what the trial brings to light.

During the investigation into the murder case, Russia has not shown any credible willingness to cooperate in the investigation, even though the competent authorities had made enquiries and requests for judicial assistance. We responded to this – in other words, to Russia’s non-cooperation – by expelling two diplomats in December.

Q.: Let me ask you a question about Nord Stream 2. The Americans are threatening new sanctions and German companies (for example in the Committee on Eastern European Economic Relations) are calling on the Federal Government to take countermeasures with a view to protecting German companies. So what concerns should German companies have, and how great is the uncertainty in Berlin surrounding Nord Stream 2 sanctions? The German Government considers the sanctions that have been announced to be extraterritorial. What does this step by the U.S. administration mean with respect to transatlantic relations?

A.: Transatlantic relations go back many decades in our common European history with the U.S. They are built on solid foundations and have never been solely defined by day-to-day politics. But, of course, our position as the Federal Government is clear on this issue, namely we reject extraterritorial sanctions and have made this clear to the U.S. administration.

This is a question of sovereignty in our energy policy in particular, and is also about creating legal certainty for our companies. After all, one thing is clear, which is that we decide on Europe’s energy policy in the capitals of Europe and together in Brussels. We decide where we get our energy from.

Q.: What is happening in the Normandy format right now and when could the next summit take place?

A.: There have been some encouraging developments of late. The ceasefire is holding for the first time in a long while, which is giving the people of eastern Ukraine much-needed breathing space. Ukraine has demonstrated flexibility and goodwill in this regard. One thing is clear, which is that the problem lies not with the decisions but with their implementation. That is the task of the [Normandy Four] N4 heads of state and government in Paris, and therefore also of the president of the Russian Federation. We continue to rely on constructive cooperation from Russia in the Normandy Format. Russia must bring its influence to bear in order to ensure that words are followed by deeds. We are, of course, ready to continue to shape this process together with France in the Normandy Format.

The fact that regional elections are to be held in Ukraine in October, as stipulated by the Constitution, is a positive sign of the Ukrainians’ democratic participation. The conditions for holding democratic elections in the areas not under government control, as provided for in the Minsk Agreements, have not been met as things currently stand. Moscow must bring its influence to bear also in this regard.

Q.: The Treaty on Open Skies is on the verge of collapse and the INF Treaty has already been terminated. The U.S. and Russia continued disarmament talks in July and the U.S. is pressing for China to participate. How do the Federal Government and the Federal Foreign Office view the whole situation – can the Treaty on Open Skies still be saved? If not, what does the termination of both treaties mean for security in Europe?

A.: Arms control is about the security of us all. If it is dropped without replacement, then there is a risk of an arms race taking place. The end of the INF Treaty is a blow to security in Europe. We have criticized Russia for having played an instrumental role in the failure of the INF Treaty by breaching it. As a result, Europe – and I include Russia here, of course – has become less secure. That cannot be in the interests of the Russian people.

There have also been shortcomings in Russia’s implementation of the Open Skies Treaty in recent years. Nonetheless, we believe that the withdrawal by the U.S. is wrong. We must now look to the future so that we do not forfeit further trust and so that we do not inflict further damage on the global arms control architecture. The termination of the Open Skies Treaty by the U.S. Government will not take effect until November. Germany will continue to implement the Treaty on Open Skies and to do everything it can to preserve it.

It is critical for global security that Russia and the U.S. extend the New START Treaty as quickly as possible. This presents an opportunity to involve China in particular in the future, thereby strengthening the Non-Proliferation Treaty as a whole. We have called for this on numerous occasions, including with our partners in the Stockholm Initiative.