Head of Yakutia Aysen Nikolayev: We will understand if Alrosa needs to suspend other production sites for general good 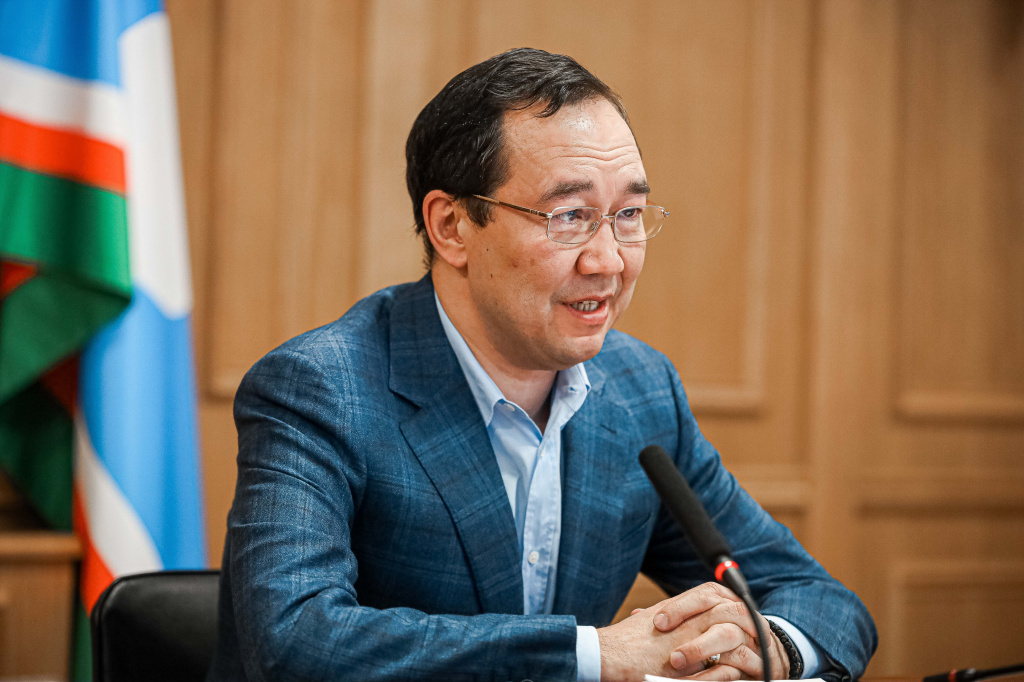 Alrosa, whose main diamond mines are located in mono-towns in Yakutia, has decided to adjust its operating plans against the backdrop of measures being taken by the diamond market to mitigate the effects of the coronavirus crisis. Aysen Nikolayev head of the Russian internal Republic of Sakha (Yakutia) and First Deputy Chairman of Alrosa's supervisory board, discusses in an interview with Interfax the republic's position regarding the adjustments being made by Alrosa and the importance of the deal with the State Precious Metals and Gemstones Repository or Gokhran in hedging against a lengthy crisis.

Question: What stage is the discussion of the Gokhran to buy diamonds at? Are there any disagreements about the amount and timing?

Answer: The republic has indeed proposed a means to organize support for Alrosa where the Gokhran would buy diamonds in a one-time deal or in phases. This mechanism was tested in 2008-2009, when the diamond mining company also faced a crisis and a halt in the market. The state ultimately benefited, because the diamonds that were purchased later increased in price. In our opinion, this is an effective, and, as history shows, a profitable measure that could help the company through this crisis period, minimizing possible losses, as well as preventing the loss of market leadership.

Various options regarding volumes and the timing of a deal are being discussed. A final decision has not yet been reached but we are in constructive dialog.

Q.: The company's management is saying that state support might been needed if sales dry up for three or four months. Do you agree with this, given the uncertainty still hanging over the prospects for sales to recover?

A.: Alrosa is a strong company, its market foothold is sound. The company has been working a long time to reduce costs and increase efficiency, and it is in a stable financial position. I have no doubt in its margin of safety. Many experts truly believe that the market will begin to recover soon, for example, the situation in China inspires some optimism. However, as this crisis has shown, it would be ill advised to plan for the future based solely on the hope of these forecasts. It would be wise to hedge our bets in the event of such a turn of events.

For the republic, Alrosa is a regional backbone company, on which both the economic and social well-being of the population depend. Its contribution is enormous, and Alrosa's revenues provide up to half of our budget revenues. We would like of course to play it safe and support the company, because any of its difficulties are shared by the residents of Yakutia, too.

Q.: The diamond miner has said it would suspend mining at the Aikhal underground mine and Zarya open pit with some job losses. Are similar decisions for other industrial sites in Yakutia possible? Would a delay with the Gokhran deal not bring the issue of temporary closures of the company's enterprises to a head?

A.: Alrosa chief Sergei Ivanov recently said Alrosa could cut output this year, but no decision has yet been reached. Alrosa is now drafting proposals on organizing operations further, and it will submit them to the supervisory board.

We have to remember that it's not just the diamond industry that's affected - the situation is the same in many other industries, with closures or slowdowns. It is with reluctance that companies are doing this, an extreme measure. The crisis has affected the whole world, and we just have to be patient and wait for things to get recover gradually. As a republic, we of course would like production to function, but we are even more interested in ensuring that the company is stable and people are socially secure. Previous experience has shown that Alrosa has always been responsible in this regard. If the team goes into downtime, then all payments owed to the employees are paid during this period. Therefore, if it is suddenly necessary to suspend operations at another production site in order to preserve the rest of production, then we will of course treat this with understanding. However, so far, there are not any specific decisions in this regard.

Q.: What's the likelihood of long-term strategic projects, such as the restoration of the Mir mine and the construction of the new Jubilee mine being shelved?

A.: No decisions have been taken. These projects are still in the pipeline, and final decisions regarding the timing have not really been reached yet. But on the whole I think that this crisis will not last very long, and, accordingly, should not greatly affect the implementation of any key, long-term projects.

Q.: The Alrosa supervisory board has recommended that all free cash flow for the second half of last year be paid as dividends, in other words the most it can pay. How do you rate the likelihood of dividends being paid for the first half of the year, given the need to top the republic's budget up?

A.: I think it's too soon to talk about dividends for the first half of 2020. This is a decision that will have to be taken on the basis of operating and final results for the first six months, as well as the real state of the market in the period when dividends are discussed. Our objective as the company's shareholder is to focus not on short-term benefits but to make sure the company remains sustainable and profitable in the long term.