Roskomnadzor Deputy Chief Vadim Subbotin: Blocking foreign IT cos the last resort after all other arguments have failed 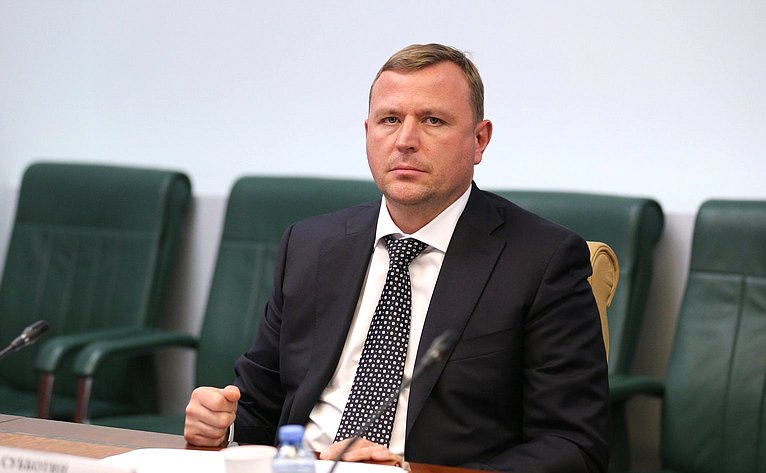 The law 'grounding' foreign IT companies takes effect in Russia on January 2022. Under the law, Internet companies with over 500,000 daily users in Russia will have to open full-scale offices, or affiliates, and register an account at the website of Russia's telecommunications watchdog Roskomnadzor website and display an e-form for feedback from Russian citizens and organizations. If these requirements are not met, the companies may be hit by sanctions, ranging from labelling them in search results to the complete blocking of the website. Roskomnadzor's deputy chief Vadim Subbotin tells Interfax in an interview how the watchdog will be building relations with big IT companies.

Question: In November, Roskomnadzor published a list of 13 companies that will be affected by the grounding law. Is this a final edition, or are certain adjustments possible?

Answer: The grounding law that was adopted on July 1, 2021 obliges Roskomnadzor to form and update the list of foreign IT companies affected by this law. On November 22, we launched a website with the list of 13 companies that own 22 Internet services. This is not the final list and it may grow through other foreign services that meet the requirements of the law in the future.

Q.: Have you held consultations with the companies on the list? Are they ready to meet the requirements of the law starting on January 1?

A.: Immediately after the adoption of the grounding law Roskomnadzor held a series of consultations with representatives of big foreign Internet companies included on the list. The agency's officials explained the provisions of the law, pointing out that the key thing is to open an office in Russia which is authorized to interact with [Russian] citizens and with Roskomnadzor, as well as to moderate content.

Representatives of foreign IT companies said the Russian market is promising for them. They expressed their interest in working with a Russian audience.

Today, we don't know the companies' exact dates for grounding. However, we hope that by January 1 they will be able to open their offices or affiliates, or to establish Russian entities.

The law was adopted on July 1, 2021, and companies have had six months to open an office in Russia. At the same time, according to the law, the terms on which the owner of a service complies with the characteristics of a foreign entity are totally transparent and comprehensible. We have been establishing dialogue with foreign companies since the beginning of summer from this position.

Q.: Will Roskomnadzor adjust its approach to interaction with the companies depending on their 'weight' and share of the Russian market?

A.: The key requirement for us is strict compliance with Russian laws. This is what we expect from a company in the first place. If laws are breached, this could entail restrictions on advertising by foreign Internet companies in Russia. That is why it is important for the owners of the services to decide for themselves why they need the Russian market. If they want to make money, they should work on an equal legal footing with Russian companies.

Q.: Roskomnadzor said that it will not take harsh measures and is ready to continue dialogue with the companies that will not be able to meet the requirements of the law by January 1. How long will this transition last? Is it possible that foreign companies will use it to play for time?

A.: This is a topic for discussion. If we objectively understand that a company is working on opening an authorized office, then we are ready for dialogue and to offer assistance.

Once again, we have discussed the requirements of the law and held consultations with Internet services. Today, we are waiting for them to make decisions, the implementation of which will lead to compliance with the Russian law.

If the companies fail to open an office in our country in due time, this does not mean we will take measures against them right away. This only means we will consider this after January 1. The decisive factor is dialogue with an Internet company itself.

Q.: How to you assess the likelihood of services being blocked or slowed down? Is the damage that Russian users and businesses could sustain taken into consideration?

A.: Roskomnadzor’s goal is the observance of Russian Internet laws, including the reduction Internet information dangerous for our citizens. Such information includes child pornography, materials calling for suicides, the use of drugs, as well as the propaganda of extremism and terrorism.

The grounding law gives us a broad set of tools to coerce foreign companies to strictly comply with the laws. These are primarily measures of economic influence.

The slowdown and blocking are measures we have no desire to use in principle; this is a measure of last resort when every other argument stops working.

Q.: Could Russian authorities offer something to foreign Internet companies in return for cooperation? Or are you going to establish dialogue solely from the position of force and fines?

A.: We hope that we will have both the opportunity and a topic for discussion of interest to Internet companies from the point of view of cooperation after they have been grounded.

Q.: What questions and problems could a company have from the point of view of enforcing the law? How open are you for dialogue?

A.: None. We see no difficulties. The text of the law describes all requirements in much detail. The companies have enough time. All necessary consultative support to comply with the grounding law is offered on our part.

Q.: You mentioned that Google, Facebook and Twitter have yet to delete several thousand banned materials. Do you expect that the situations will visibly change after January 1?

A.: The establishment of an office authorized to moderate the content is the key provision of the grounding law. Results of our interaction with foreign Internet services on deleting banned information don't allow us to say that Russian laws that require restricting access to the dangerous content within 24 hours after a Roskomnadzor notice are being fulfilled 100%. Moreover, we often see a selective approach to fulfilling such requirements.

Interaction of a moderation service based in Russia with Roskomnadzor should on the one hand ensure strict compliance with Russian laws and on the other hand, as far as foreign companies are concerned, avoid hefty fines for violating them.