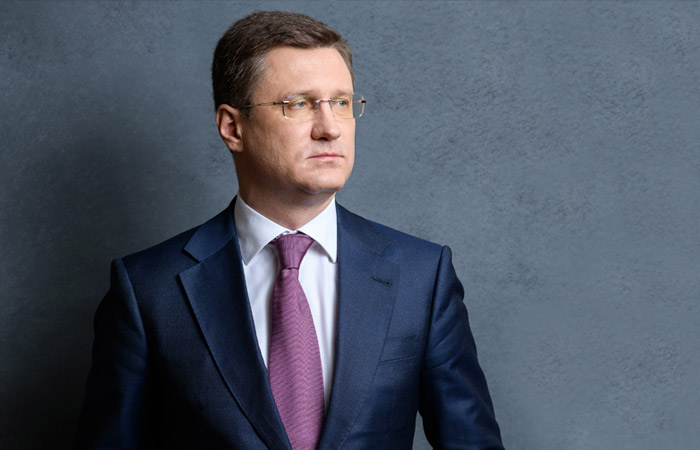 The oil market is starting to recover, the imbalance declining to 7 million barrels per day in May thanks to the OPEC+ deal and an organic reduction of output by other countries, Russian Energy Minister Alexander Novak told Interfax.

The market will balance in June and a deficit of 3-5 million bpd is possible as early as July, depending on the parameters of the OPEC+ deal, he said.

"Filling of oil storage capacity, which was proceeding rapidly in April, has declined significantly, and the market has become much better. We see further demand growth and in June, given the continuation of the deal and the decline in production in other countries at about the same level that covers this imbalance, we expect to strike a supply/demand balance. To move 'to zero,' so to speak," Novak said.

"And in July, given the continuing growth in demand and the operation of the agreement, we will observe a deficit in the market, which will make it possible to begin reducing the excesses of accumulated stocks for March, April and May. The size of this deficit will depend on the parameters of the deal in July, we can talk about figures of 3-5 million bpd," he said.

OPEC+ countries are currently discussing the possibility of extending the May-June restrictions for another 1-2 months. Russia and Saudi Arabia, whose positions diverged radically in early March, which led to the collapse of the deal in its previous configuration, are ready to act in a consolidated manner this time around, but the problem is incomplete fulfillment of obligations under the agreement by other producing countries, sources familiar with the course of consultations said. Failure by these countries to commit to the terms of the deal is likely to lead to its collapse. The issue should be resolved in the coming days: a meeting of energy ministers may take place later this week or next week.

After the collapse of the "old" OPEC+ deal and the subsequent fall in oil prices due to increased supply amid rapidly shrinking demand, the United States entered the negotiating arena after its producers ran into serious problems after a sharp deterioration in the economic situation. However, the U.S. has not made formal commitments and, according to Novak's estimates, will not do so anymore.

Russia is proceeding from the assumption that regulatory measures will not be taken in the United States to reduce oil production, but it is continuing to exchange views on the oil market situation and is trying to restore an energy dialog, Energy Minister Alexander Novak told Interfax.

Commenting on the state of the dialog with the U.S. Energy Department, Novak said "we are synchronizing our watches on the situation on the market, on reduction volumes, including in the U.S."

"There was a time when we said that the U.S. might make a decision on reductions at the level of the Texas Railroad Commission. But they, unfortunately, did not make such a decision and this will probably not happen now," Novak said.

"Now there is just an exchange of views on what's happening on the market, the outlook for demand and so on. Well, and we recently talked about the need to gradually restore the energy dialog, find common ground. There is mutual interest, there is an understanding of improvement in this part of relations," Novak said.